FloCraft is a Premium Cross-Play Minecraft Survival Server for builders, miners, engineers, shopkeepers, mayors, hunters, farmers and more. Comet created FloCraft with the hope to create a bustling server, full of life and energy. Flo stems from Flow, the mental state in which a person is fully immersed in a feeling of energized focus, full involvement, and enjoyment.

Comet started FloCraft in 2020. He has previous experience operating 2 servers, Comet’s Realm, and Sqorb’s Realm. Comet’s fascination with minecraft stems from his love for building. He most enjoys the ability to play Minecraft with his friends on a dedicated server. Comet has played Minecraft 8+ years. 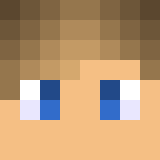 Delbow joined the server in the Winter of 2020 to pass time between semesters. With a background in IT, he decided to apply his time towards development. He's since then developed and maintained the FloCraft website/app, and is continuously working on new ways of maximizing the experience for FloCraft players.

Kakajedze, also known as the Queen Kakajedze in game, joined the server in early October 2020. Starting out as a regular player, she soon fell in love with the server and became one of the best builders on the server. Through many friends and enemies, titles and builds, the server was always a welcoming place for her and fellow builders alike. As of January Kakajedze has joined us Flo team and is tasked with player moderation and a wide scale of large building projects to overall improve the beauty of the server.

Zindain joined the server in early April of 2021 using his bedrock account. At first it just appeared he was only a regular minecraft player. He had been a long time Minecraft player going back to early 2012, and along the way became an administrator for another server for about 5 years, building his knowledge. Eventually he left and a few years later found himself in FloCraft. Delbow, who was impressed with the knowledge he showed and willingness to assist others when its needed, he offered Zin Helper, and then eventually, after getting a new PC and Java account again, he obtained the rank of Mod.

Deckard225 joined the server late January 2021. Starting as a regular player, to later gaining the renown "Darklord" Title from killing the original Darklord. Deckard's dedication and commitment to becoming a living representation of darkness has led him to become a powerful figure on the server. Later joining the Flo-Team and dedicates most his time to help players and create a safe environment for new players to enjoy; as well as creating new in-game items and cosmetics.

McCoys_Crisps joined the server in early January 2021. Starting as a regular player, he stayed to himself until the admins came across his base, intriuged they let him be untill he made progress. Helping new players around the server his name steadily grew, joining the flo team mid febuary. He creates stellar builds around flocraft adding lore and interest aswell as player moderation.

Streamer and content creator for FloCraft, Schwifty likes to hold many events for the players of FloCraft such manhunt. As well likes to prank others on the server so keep your eyes open.